Home » About US » History

EDIFICE started purely as a European organisation. Its formation was encouraged and sponsored by the European Union as part of their efforts to promote EDI implementations in Europe. But EDIFICE always had a global vision; many of the member companies are global multinationals, some with headquarters in Europe and others with significant operations in Europe but having their headquarters on other continents.

The early work of EDIFICE was focused on the provision of guidelines for the implementation of EDIFACT messages for implementation in the specific inter-enterprise business processes used in the sector. EDIFICE developed an approach to documenting EDIFICE message implementation guides that provided precise guidelines clearly aligned with specific business requirements.

Extensive work was also done in related business areas, for example in the area of physical distribution,  and architecture of business processes. Links between the flow of goods and other information flows were developed with physical consignments. Related information flows were implemented via standardised bar-coded shipment labels, an element of this architecture is the unique identification of transport units.

EDIFICE worked with other bodies in the definition of an ISO/IEC standard for unique identification of transport units (known as the ‘license plate’) and is authorised as Issuing Agency for License Plate prefixes.

Drawing on work being done in UN/EDIFACT in the early nineties, EDIFICE developed a framework for the complete set of deliverables required to provide standards and guidelines on the implementation of inter-enterprise business processes using electronic messaging.

This framework formes the basis for the EDIFICE Repository and includes specification of the business processes and scenarios as well as the information flows and message structures.

With the rapid increase in use of the Internet and related technologies the EDIFICE forum proved its value as a place where information and experience could be exchanged on new and developing e-business techniques. Ways were sought to gain  the benefits of these new technologies while preserving the value of investments in existing standards and large numbers of EDI implementations. A guideline on sending EDI messages over the Internet was developed and some early experiments were done on converting EDIFACT EDI messages to XML.

Many of the companies in EDIFICE also became members of RosettaNet, a consortium of companies in the IT, semiconductor and component industries, which was formed in the USA to create and implement

In addition to RosettaNet, EDIFICE has maintained a wide network of liaisons and contacts with other associations. Within the industry sector these include ESIA and JEITA, the former AsiaB2B in Asia and EIDX in the Americas as well as other industries, including SWIFT, CEFIC, ODETTE and IATA. Among the formal standardisation bodies EDIFICE contacts include ANSI, CEN, ISO/IEC, NEN, OAGi, UN/CEFACT.

The forum format has proved flexible and adaptable. EDIFICE invests the absolute minimum in the administrative organisation so that resources are all used to the benefit of its members. The work on deliverables is primarily undertaken by people from member companies in EDIFICE task groups, with infrastructure support available from the EDIFICE Secretariat as required.

Task groups are chartered by the Plenary meeting of members, and may be initiated on any areas of work within the overall scope of EDIFICE. This approach enables work to be focused on issues that are of actual importance to member companies and where they are willing to provide the resources.  In the early years much effort was devoted to the technicalities of EDI, more recently the Plenary meetings have taken the form of conferences around a particular theme related to e-business with presentations by invited experts.

In May 2012, EDIFICE launched the enliteB2B Program.

In June 2012 AsiaB2B and EDIFICE merged into one large EDIFICE organisation. EDIFICE will now organise member conferences on supply chain and B2B topics in Europe and in Asia so all members will benefit.

In October 2012, EDIFICE, at the request of the membership based in the Americas, decided to start an EDIFICE Americas Chapter.

As of 2013, EDIFICE operates on a global basis, organising events in Europe, Asia-Pacific and the Americas. The EDIFICE Asia Chapter and the EDIFICE Americas Chapter steer the organization’s activities in each Region with the help of local members.

Companies signing up as a member pay just one global membership fee and are then automatically members of the GLOBAL organisation. Member companies are encouraged to identify contributors in each of the Regions. This will ensure the member company’s coverage on a global basis and the continuation of EDIFICE as the GLOBAL NETWORK for B2B Integration. 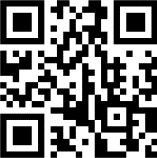